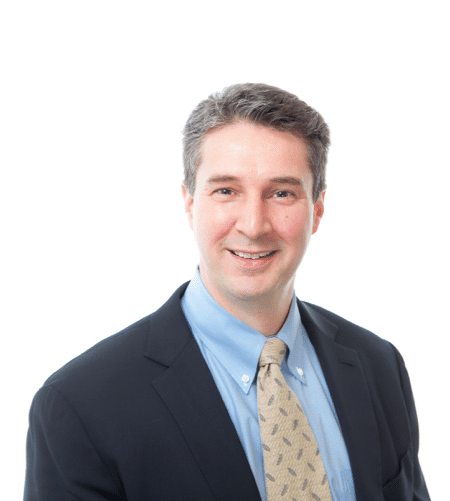 Graham is the Co-Founder and CEO of Kyruus where he has led the development and commercialization of the company’s market-leading patient access platform that now serves over 225,000 providers and 500 hospitals. Prior to Kyruus, Graham was a Venture Executive at Highland Capital Partners where he co-founded Generation Health, a genetic benefit management company that facilitates optimal utilization of genetic testing, and served as the company’s Chief Medical Officer through its acquisition by CVS Caremark. Graham completed his clinical training in internal medicine and cardiology at Beth Israel Deaconess Medical Center and Harvard Medical School, where he also served as Chief Medical Resident. Graham completed his BA and MD degrees at Brown University and earned an MBA from Harvard Business School. He serves as a board member at both Sigma Surgical and Sensory Cloud, as well as an advisor to the Innovation & Digital Health Accelerator at Boston Children’s Hospital and a member of the Digital Health Council of the Massachusetts eHealth Institute.

Dr. Gary Gottlieb most recently served as CEO of Partners in Health up until June 2019. Prior to that, from 2010 until 2015, he served as president and CEO of Partners HealthCare, the parent of the Brigham and Women’s and Massachusetts General Hospitals, operating the largest health care delivery organization in New England and among the nation’s largest nonprofit biomedical research and training enterprises. Dr. Gottlieb is a professor of psychiatry at Harvard Medical School and a member of the Institute of Medicine of the National Academies. He served as president of Brigham and Women’s/Faulkner Hospitals, as president of North Shore Medical Center, and as chairman of Partners Psychiatry. Prior to coming to Boston, Dr. Gottlieb spent 15 years in positions of increasing leadership in health care in Philadelphia. As a Robert Wood Johnson Foundation Clinical Scholar at the University of Pennsylvania, he earned an M.B.A with distinction in health care administration from the Wharton Graduate School of Business Administration. Dr. Gottlieb is a member of the National Academy of Medicine and serves on the Board of the Federal Reserve Bank of Boston.

Dr. Kahane is a healthcare information technology industry veteran with a track record of driving growth, market leadership and significant value creation. Dr. Kahane’s career spans more than 30 years across companies that have delivered healthcare IT and automation solutions for physician practices, hospitals, health systems, integrated delivery networks and accountable care organizations. For the past 8 years, Stephen has served in a variety of senior leadership roles at athenahealth, a cloud-based tech-enabled services company with solutions for a wide variety of healthcare services organizations. Prior to joining athenahealth, Dr. Kahane was Chairman and CEO of publicly-traded AMICAS, an image and information management solutions company. Dr. Kahane’s experience also includes roles as CEO & Vice Chairman of publicly traded VitalWorks (sold to Cerner in 2005), CEO of Datamedic, and Medical Director and System Development Director of IT at Johns Hopkins Medical Institution. Dr. Kahane holds an M.S. in Computer Science from Johns Hopkins and an M.D. from Emory University. Dr. Kahane also served as an operating partner at both SV Life Sciences and Bessemer Venture Partners, venture and private equity firms focused on healthcare and technology. He has served on several boards including Homecare Homebase, a leading provider of information management solutions for home health services delivery and RedBrick Health, a leading provider of cloud-based tech-enabled services for employee health engagement.

Aaron Martin is responsible for digital, mobile and online marketing at Providence, a not-for-profit health system that combines Providence Health & Services and St. Joseph Health, together comprising 106,000 caregivers across 50 hospitals and 829 clinics. He is also responsible for early stage/venture tech. and medical device investments for PV’s $150M fund, serving on the boards of portfolio companies AVIA and Kyruus. Prior to PSJH, Aaron worked for Amazon and McKinsey, and was an executive/founder of two tech companies. At Amazon, he led CreateSpace before running the Kindle North American Trade business. 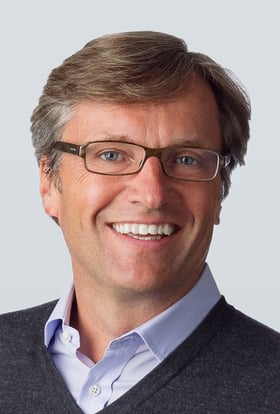 Dan joined Highland in 1996 as a Partner to establish and build the firm’s internet investment practice. He is leading the firm’s expansion efforts into China. He continues to be an active investor focusing on technology and consumer investments with specific experience and interest in internet, digital marketing and media technologies. Dan has led the firm’s investments and served on the boards of a number of successful companies including: Amp Resources (acquired by Enel), Ask Jeeves (IPO), BeFree (IPO), Coremetrics (acquired by IBM), eToys (IPO), Fastclick (IPO, acquired by ValueClick), Gamesville (acq'd by Lycos), Lycos (IPO), MapQuest (IPO, acquired by AOL), N2 Broadband (acquired by TANDBERG), Navic Networks (acquired by Microsoft), NextCard (IPO), NYTimes Digital (acquired by New York Times), Qihoo 360 (IPO), Quote.com (acquired by Lycos), Raindance (IPO), RoweCom (IPO), StyleFeeder (acquired by Time, Inc.) and YogaWorks (acquired by Great Hill Partners). His current portfolio includes Beyond the Rack, CMI Marketing, HourlyNerd, Rent The Runway, ThredUp, and Yipit. Dan has been recognized by the prestigious Forbes Midas List as one of the top venture capitalists in the industry. Prior to joining Highland in 1996, Dan was a Partner at CMG@Ventures where he co-led the partnership's investment activities in early-stage internet companies. Dan earned a B.S., Computer Science and Marketing from Boston College and an M.B.A. from Harvard Business School. 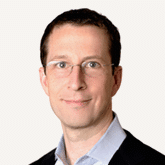 Ezra Perlman is a Co-President at Francisco Partners, one of the largest and most active technology-focused private equity firms in the world. He is based in the firm’s San Francisco office and his primary investment focus is on the healthcare technology industry. Ezra currently serves on the board of directors of Avalon Healthcare, eSolutions, HealthcareSource, Kyruus, Landmark Health, QGenda, and Renaissance. Prior to joining Francisco Partners in 2003, Ezra was a venture capitalist with Battery Ventures, where he was involved in identifying, executing and managing private equity investments in software companies. He received an A.B. in Applied Mathematics from Harvard College and an M.B.A. from the Stanford Graduate School of Business.

Bryan is a Partner at Venrock, joining the firm as a Kauffman Fellow in 1997. He is based in Venrock’s Palo Alto office and focuses on a broad range of health care investments. Bryan is currently Chairman of the Board of Directors of Achaogen, Castlight Health, and Ironwood Pharmaceuticals (NASDAQ: IRWD) and also serves on the Board of several other private companies, including Coderyte, Intarcia, Kyruus and Tandem Diagnostics. Past investments include athenahealth (NASDAQ: ATHN), Illumina (NASDAQ: ILMN), Sirna Therapeutics (acquired by Merck) and Xenoport (NASDAQ: XNPT). Bryan was named a Henry Crown Fellow by the Aspen Institute in 2006 and has been the highest-ranking health care investor on Forbes’ Midas List since 2008. Immediately prior to joining Venrock, Bryan received his Ph.D. in Chemistry & Chemical Biology from Harvard University. He previously held positions in corporate finance at Kidder, Peabody & Co and received his B.A. from Dartmouth College. 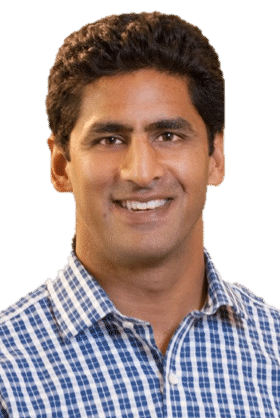 Vijay Lathi is a Managing Director focused on information convergence and diagnostics investments. Vijay joined Sprout in 1998, was promoted to Partner in 2003, and was one of the founders of New Leaf in 2005. Prior to focusing on information convergence, Vijay’s investment activity covered a range of healthcare technologies including HCIT, diagnostics and therapeutic platforms, and was the founding investor in both Ilypsa (sold to Amgen) and Relypsa (RLYP). Prior to joining Sprout, Vijay was an analyst in the Healthcare Venture Capital Group at Robertson Stephens & Co. and analyst at Cornerstone Research, a consulting firm focused on financial and economic analysis for business litigation. Vijay graduated from the Massachusetts Institute of Technology and Stanford University where he received his B.S. and M.S. in Chemical Engineering, with an emphasis on the application of engineering to life science technology.

Robert is Co-Founder of Lux Capital and focuses on ventures in healthcare. Robert graduated from the University of Virginia and has been a member of the Regional Selection Committee for UVA’s Jefferson Scholars Foundation. Robert was also a member of Motorola’s Research Visionary Board and an invited lecturer at the Memorial Sloan-Kettering Cancer Center, the National Cancer Institute, Yale University, Georgetown, and the University of Virginia. He has been published in Journal of Biomedical Materials Research (Applied Biomaterials) and Nature Biotechnology. Robert was Founding CEO and is currently on the Board of Directors at Harvard Medical School spinout Genocea Biosciences (vaccine discovery). In 2009, Robert was nominated as Biotech CEO of the Year at the World Vaccine Congress. In 2010, Robert was selected as one of the “100 of the Most Inspiring People” by PharmaVoice Magazine. Robert is Co-Founder of Lux Research (emerging technology research), Founding CEO of Kala Pharmaceuticals (mucosal drug delivery), and has served as an Advisor to the Bill & Melinda Gates Foundation.