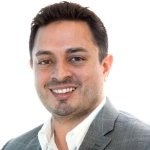 Dr. Anand is the Associate Medical Director of Kyruus, Inc., focused on identifying ways to enhance patient care and the patient-provider relationship through Kyruus’s innovative platforms. Prior to joining Kyruus, Inc., Dr. Anand was a chief resident physician in internal medicine at Cedars-Sinai Medical Center where he had completed his internship and residency and received the Leo Rigler achievement award for academic excellence as “resident of the year.” Dr. Anand completed a dual degree, a BA in Molecular, Cell and Developmental Biology and BS in Business Administration at the University of California at Berkeley. He received his MD at the University of Southern California and his MBA from Harvard Business School.

Challenging Volume as a Proxy for Quality: Is It the Best We Have?

In late October, nearly a hundred clinicians and health executives met in Boston for our ATLAS conference to discuss – amongst other key issues in healthcare – the imperatives behind better matching between patients and providers. One of the resounding takeaways was that matching is an immensely complex problem fraught with clinical, operational, and political implications that must be carefully considered – all of which are captured in Dr. Anand’s blog post below.

One day during my medical internship, I received a call that sent our family on a rollercoaster ride of emotion. My aunt Mary had just received the results of a mammogram. The results pointed to breast cancer with a high suspicion of malignancy. Mary's primary physician told her to schedule a follow-up with a breast surgeon immediately so Mary got an appointment, but not until two weeks later.

Do Not Sell My Personal Information