Julie is a Co-Founder of Kyruus and serves as the company’s Chief Product Officer. She was previously the VP of Clinical Product Strategy at Generation Health, where she oversaw the development of the company’s clinical programs and data analytics platform. Julie also led the Product Management efforts at Knome, the private arm of George Church’s Personal Genome Project, where she developed and launched a bioinformatics platform for conducting individualized genomic sequence analysis. Julie’s passion for data-driven businesses began as a software engineer at Endeca Technologies, where she ultimately helped to lead Endeca’s efforts in the health care industry as a Sales Engineer for Strategic Accounts. Julie has an undergraduate degree in computer science from MIT, an MS in biomedical sciences from the Harvard-MIT HST Program, and an MBA from the MIT Sloan School of Management.

Tell us about the track you’re leading at ATLAS:

The Driving Your Health System’s Digital Transformation track at this year’s ATLAS focuses on a topic that has been defined as the “use of technology to radically change the performance or reach of an enterprise,” per the widely recognized definition of MIT Sloan professor George Westerman. We will be covering topics ranging from how to introduce digital transformation initiatives into your organization, to physician engagement in the context of said initiatives, along with real narratives from leaders who have taken digital transformation journeys at their respective organizations. We in Boston were proud to have our city included on Becker’s list of health IT hubs to know. After participating in the IX Health innovation summit at Cincinnati’s Union Hall recently, I would not be surprised to see Cincinnati on a future edition of the list. In the words of Wendy Lea, CEO of Cintrifuse (one of the sponsoring hosts of the event), Union Hall is the “front door to innovation in the greater Cincinnati region.”

While the initiatives and investments of the StartupCincy community span multiple industries, healthcare is a primary vertical of focus, given the high density of providers (Mercy Health, Cincinnati Children’s, TriHealth, and U Cincinnati Health were among those represented), large payors (Humana), and large self-insured employers (Kroger, Proctor & Gamble) in the area. All of these stakeholders had a presence at the summit, which created a robust forum for discussion on a number of key topics, one of which was Patient Access 2.0: Breaking Down Barriers With Patient Centric Design.

Why is it that we as patients are told to wait weeks, if not months, to see a physician, when in fact many provider organizations are only operating at 50-60% capacity?

Our nation's healthcare system suffers from a mismatch between patient demand and provider supply, something that we refer to as the "Patient Access Paradox". Almost everyone has had a personal experience with the problem of long appointment wait times, which range between 3 and 30 weeks across the country for both primary and specialist care. Yet at the same time, our hospital clients experience as low as 50-60% physician productivity, struggling to "unlock" the capacity that is buried somewhere in their provider networks.

Engaging Patients Through Appointment Request Forms: How Much is Too Much?

However, form abandonment is a significant risk that could prevent patients with legitimate clinical needs from getting the services they need from your organization.

Factors that are frequently cited as drivers of form abandonment include:

A Patient A Day Keeps the Doctor In Play

"Are you Visiting the Right Doctor?

Conflict-of-interest (COI) Policies: Drawing Some Lines in the Sand 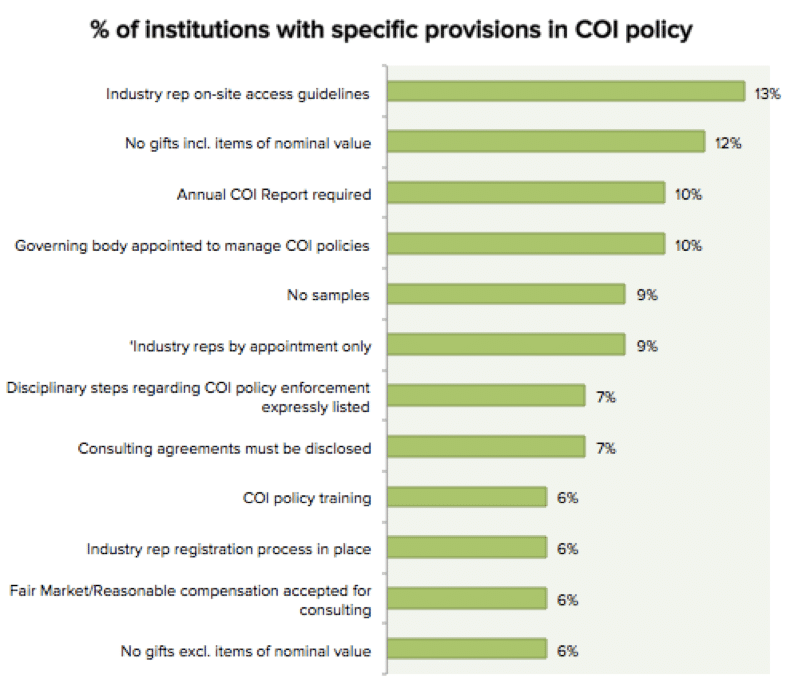 As healthcare’s regulatory landscape continues to change in unprecedented ways, significant financial interests and potential commercial conflicts held by physicians are garnering much attention and scrutiny. A recent Wall Street Journal article underscored the significance of potential reputational risk of physician-industry relationships by detailing the payments made by GlaxoSmithKline to a high-profile celebrity doctor that surfaced as the result of the recent record-setting settlement with the DOJ. In addition, the DOJ has stepped up its scrutiny of medical device implantations due to concerns of over-utilization and medical necessity, and the surgeons performing those cases may have significant relationships with the manufacturers of those products – oftentimes for very good reasons (collaboration to invent new products and conduct innovative clinical trials), but sometimes under-managed, nonetheless.